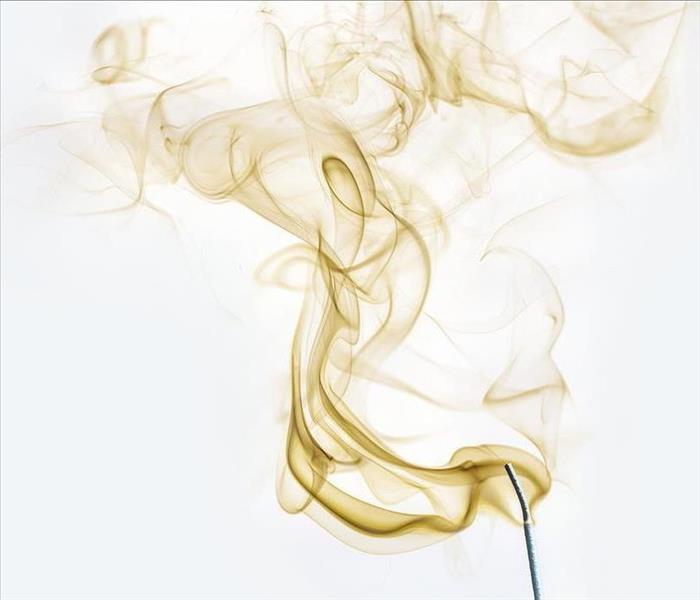 Unpleasant odors in your home or business are never a good time. While some odors go away on their own, many tend to linger causing lasting issues of olfactory distress. Odor molecules can settle on items in your home or even into items with porous surfaces like wood, upholstery, and carpets, which can make them very difficult to get rid of.

Here at SERVPRO of Chesapeake North our technicians are IICRC certified in odor removal techniques using advanced technology and equipment to help eliminate even the most stubborn odors. Deodorization is a science that includes many different products and procedures:

Masking agents are exactly what they sound like. Sprays or other various items that help to mask unpleasant odors with a more acceptable smell. While masking agents may give the most immediate relief, they are only temporary and do not do anything to address the actual source of the bad odor particles. For this reason, SERVPRO never uses masking agents as a primary method of odor mitigation, but we will use them to help make the odors less unpleasant while other methods of deodorization are in progress.

These are chemicals designed to combine (or “pair”) with the odor causing particles. There are two kinds of pairing agents: humectant, or counteractant. The first is one that is designed to absorb the odor particles floating in the air and cause them to fall onto surfaces where they can then be cleaned and removed. The second is meant to combine with the particles and chemically alter the odor molecule in a way that changes the odor causing properties or destroy it all together. These agents can be delivered in multiple ways including fogging and spraying.

There are two main kinds of filtration agents used in deodorization: absorption and adsorption. Absorption agents are made of highly absorptive compounds, fillers, and perfume. Adsorption agents work by capturing odor particles and holding them to the surface of the agent. Both methods are meant to pull odorous gasses from the air as it flows by or is pushed through the filtering agent.

Odors don’t just appear out of nowhere, something has caused or produced the particles responsible for the odors that you are smelling. Disinfectants and sanitizers are used to help control or kill the odor producing bacteria or fungi in your home or business.

These enzymes are used on odors caused by organic materials or protein-based odors. These work by breaking down organic molecules into other substances that are odorless like water or carbon dioxide.

Air purification works by using electronic filters that create a charged grid to kill microorganisms as they pass through the filter.

SERVPRO also uses equipment like Ozone and hydroxyl generators to help eliminate odors. These machines produce ozone or hydroxyl radicals. These compounds alter the odor particles causing them to bind with oxygen molecules and assists in breaking them down through the process of oxidation.

Often, odors will require a combination of these various different products and techniques to be fully eliminated. Whether your odor issue is from mold, smoke, sewage, or other unpleasant smells, SERVPRO of Chesapeake North is fully equipped to help eliminate these odors from your property and belongings. Give us a call or fill out a form online and let us know how we can help to make your unsavory odors “Like it never even happened.”